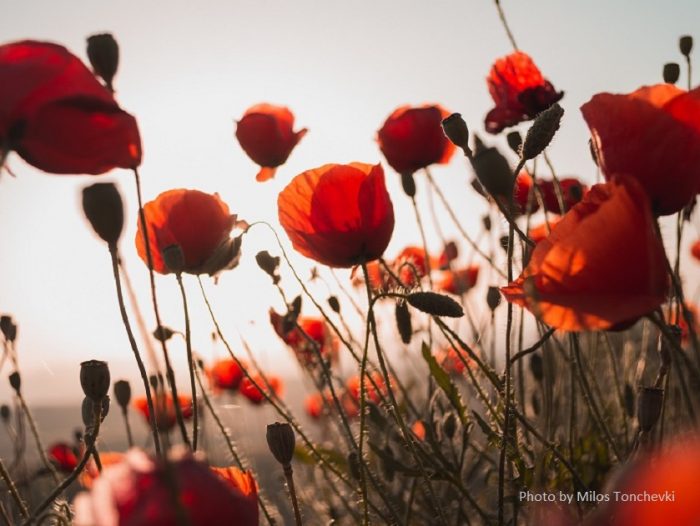 You know instantly from the image. No words needed to connect all of us with the thread that runs powerfully through our culture…that they will be remembered.

It’s a moment of ceremony that engages us profoundly – a moving, united motion of respect and reflection.

One of the most striking sensations from my childhood is from taking part in the Remembrance Day procession…it was a feeling of being involved in something much bigger than myself. A feeling of playing a really important part by walking down the High Street in my Brownie uniform and my woolly tights.

And this sense of pride accompanied me into Guides (I was such a dude as a child, I can’t begin to tell you ; ) and then into Officer Cadets and it remains with me still. Maybe this resonates with you?

I’ve long considered why the act of participating in the parade impacted me quite so deeply (and I’ll admit, can still incite the little-lump-in-the-throat effect…). What is that?

Being a cog in a wheel of collected focus. A large mass of people with a connected intention of solidarity…it’s a powerful thing.

The same happens being a part of, say, the London Marathon and being in the throng of so much focussed fund-raising.

A group of people with the same intention, be it running or even prayer, even and then you’ve got a really powerful, and potentially shifting force. ’Prayer’…desire…hoped for wish, good-will request or even an action.

This is the Maharishi Effect.

And the essence from this beautiful, collectively-spirited remembrance has the potential to be driven into further positive and powerful intentions, so I believe…

We’re seeing it and experiencing it already happening in certain sectors. We’re seeing swathes and swathes of people starting to reject the consumption of animals, the entire meat-industry and the abhorrent conditions thereof. Powerfully making a stand, each individual making their small difference by contributing to a collective voice about the treatment of sentient beings with whom we share the planet.

Other powerful, connected motions are occurring and saying, ‘we won’t allow this behaviour to continue’; demanding change in a united space.

Back to the remembrance of those that have fallen.

Without deflecting the deep importance of this, perhaps it’s time that we refocus our collective intention in the direction of rejecting needless, devastating war after war after war (whatever the pretext…when the underlying reason revolves around power and, now, the control of oil – modern society’s resource of dependency).

Imagine if we harnessed the depth of our power in coming together with a single aim to shift how the world revolves, and honoured our grandfathers, our fathers, our siblings and our friends who have given their lives by demanding to see a change in our lifetime.

Perhaps our new motto ought to be ‘never again’…and for all of us, together, to ensure that war never happens again. That those with the ‘power’ are not allowed to allow it to happen again; are not allowed to hide behind lies of mass destruction, and the like.

Reflection, acknowledgement and remembrance are incredibly important, but unless we – together – actively create some purposeful intention to move forward, we’ll find ourselves in the same cycle of war-remembrance-war.

If we strove together to break the cycle , to assert our will, and to move us collectively towards to a better, more harmonious peace – imagine what that would look like for our world, and how we could really let those others rest in peace.

I believe in the possibility. Those woolly tights are wearing a little thin…