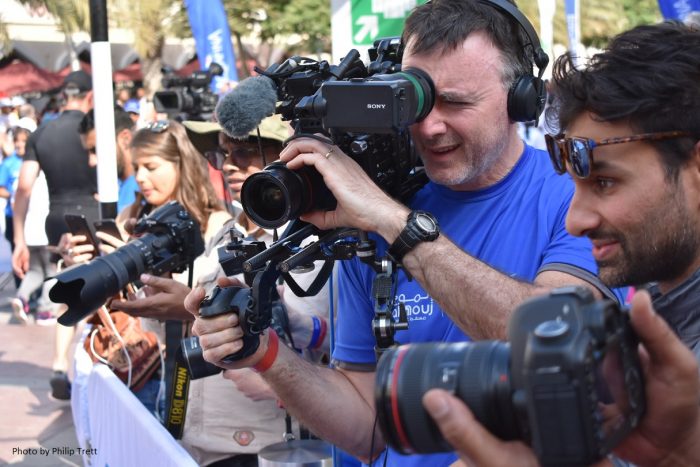 ana fizz’d is Arabic for ‘I won!’ What a great expression : )

I ran in my city’s 10K race last week, and as it happens, I did fizz! And what with all the attention afterwards I definitely buzzed – and therein is a great game.. ; )

Now, I’m going to be honest and say right here, right now I’m not in the shape of my life. On the contrary, actually, and I worked really really hard for the win.

I’ve spent time since the race considering ‘what now’…and of course you can’t make a forward-looking plan until you assess where you are right now, and to acknowledge the benchmark upon which to improve. Reflecting, acknowledging and then moving forward.

It turns out that the win was really pleasing because of the mental game that I played (and this is what I really won…), so I thought I’d share this – how I really prepare for a race…because this is the game to running your best race. (No matter whether you’re expecting to come 1st or 101st!)

*The other game, of course, is fizz-buzz – that great maths game that you played in class just before break when your teacher had ‘run out of ideas’! ; )

If it’s possible, run the route a week or so before race day. If that’s not practical, at the very least know the course from the race maps, and do a lap (or a section of the start & finish) on the day as your warm up (see below).

At the very very least, know where your finish line is, and markers to look out for to indicate when you’re getting close. We’ve all made the mistake of not knowing where you’re supposed to be finishing…and getting that last effort wrongly timed! Make this mistake, and then learn that this is one that can categorically be avoided.

Having a mental-physical picture of what you have to overcome is a huge part of the game. Knowing where your mental checkpoints are (I want to know what half way looks like!) so that you know when you’ve completed key stages of the race. It’s imperative for ‘the race chat’ (see below).

When you are familiar with the work that you’re going to have to do during the race, you can put more of your energy into mentally working through your checklist during your race. But if you’re seeing the terrain for the first time, you’ll be using sooo much mental energy with gauging things like – how far is it to the water station? When will that next marker come around? Is that another hill!?!? And morale is massively linked into how we perceive the effort to be and familiarity can positively shift this perception during a race (see my blog about The second time is always easier…, here).

But don’t worry about the night before the race. We’ve all had pre-race jitters and find that we can’t sleep. (And, I suspect most of us have been partying rather too late the night before a race once or twice…and ended up with next to no sleep!?! Just me then…?!)

Personally I’ve had some amazing races after a party night! (Not often, I will add, and they haven’t been alcohol-fuelled by the way; I rarely drink.) The key was sleeping well the night before…(plus enjoying the party! ; )

Get organised, and get to bed.

It takes time, space and effort to be prepared for a race. Gift yourself the time and the space to be mentally prepared – read the race notes; know where you’re supposed to be going, where you’ll be parking, by what time; how you get your number, where and when you need to collect by and all of that.

It’s important if you want to achieve your best, for you. If you’re flustered on the morning of your race because these things come as a surprise at the last minute, then you’ve given away a huge amount of your energy already. Unnecessarily.

(But, again, we’ve all been there once…and learnt that it’s an uncomfortable place to be!)

And then tick that mental box that you’ve got enough fuel in the bag to last you the length of the race.

(Um, by the way I’m a middle-distancer – a half marathon is absolutely plenty for me, thank you very much! If you’re doing long long races, of course, you need to fuel appropriately for that…)

The game is giving yourself the mental tick: being able to say to yourself – this box is squared away and I’m prepared with the right fuel in the tank.

…of time at the venue before the race. Ie. arrive 60 minutes before the gun goes.

So that you can…park and get to the race start, orientate around the race start and the finish and then find the loos! Go for a pee, warm up, change to your racing shoes and put on your running vest, possibly go for another pee, adjust layers, find your position in the starting line.

And not be stressed about any of the above because you haven’t got enough time...

By the way, I choose to change into my running vest after I’ve warmed up; I like the fresh feeling to start the race – it gives me a little boost! (But that’s just the way I roll…it’s not the law! ; )

Warming up will change your experience of your run or your race from the very start.

It will increase your circulation, deepen your respiration, and you’ll start to perspire. Lovely… These factors will in turn, start to increase your happy hormones, so yes, lovely!

What’s more, warming up will induce the production of synovial fluid in your joints which will have a positive effect on reactivity within your joints, as well as their range of motion. All of which is essential for you to be able to work as powerfully as you possibly can – which is what you want to do, right?!

But you don’t need to go hell for leather during your warm-up! I mean, just the opposite!

Jog around the course,  familiarise yourself with the first and last section and kill two birds with one stone. (What a terrible expression when you stop and think about it!?) Ok, so tick two boxes in one go…that’s much better.

Then do some strides. (If only that’s what you’re used to doing – before your speed sessions, or on the track, for instance – but not if that’s not usual for you. ). Wake your body up and get it used to the feeling of running, and running fast!

It’s that whole game of preparing your body for what you’re going to ask it to do!

You may have gone to the race with a friend or two, or maybe half of your club runners are there as well?

You don’t have to talk to each and every one of them though! Not before the race – leave the real chat until afterwards.

The more you can focus, quietly, on the job that you’ve given yourself to do – and quietly get on with that – the better chance you’ll give yourself of your race going to plan, and you achieving exactly what you want to achieve. (Whether that’s a PB, or finishing your first half…)

But maybe you’re not visual. So talk yourself through your race instead.

We all know how it feels to run. Maybe you can tap into the feeling that you’re going to feel around the course…

The first mile that will feel hideous (as undoubtedly, you’re still fully opening up those capillaries and breathing deeper!).

The middle part when you’ll feel that you’re in your stride.

And the last part when your body may well feel as if you’ve totally run out of gas!

And if you’ve ‘raced’ before – you’ll know how it feels to be in a race and to run hard; to work hard…to work as hard as you can for as long as you can.

We all know how these feelings feel and they’re not all comfortable bodily feelings! But you can expect to feel them during you race, so mentally be prepared.

Spend that quiet time (see above) tapping into those feelings…because you’re not going to avoid them! And then be prepared with how you’re going to react.

If these thoughts during the race are conscious thoughts, that you’ve anticipated and are prepared for – you’ve won half of the battle. I promise you.

Personally, I have always have a plan.

And that’s to finish the race!

If I achieve those two things, I know I can go home happy. Experience tells me that.

I also usually have another plan up my sleeve, and that involves knowing who else is likely to be there if it’s a local race, what I’m really capable of and how I’m going to contend against the competition. But again, some of this is thanks to racing experience…and some of it is down to personal preparation.

…and then get quicker.

It feels so much better that way. (Rather than crashing and burning because you couldn’t sustain the pace!)

If you’re racing (rather than ‘running with a chum’) – you have to run your own race, because doing the best you can do is only ever a function of your own depths.

So don’t promise to run with your chum. Run your own race. And this doesn’t have to mean leading the pack, like Paula…and so:

No matter where I start in the race, I cherry pick my way through the field.

Who’s the next person in front, and can I work to catch them up and overtake?

And then the next one.

And then the next one.

There are several things about this:

Firstly, it gives you a focus throughout the race. You may like to focus on the next mile marker, and of course that’s fine, but if you have a moving marker, you’ll keep working hard but in piecemeal steps (which is psychologically a good thing).

Focussing on someone else shifts the mental chat away from yourself! It helps no end to distract yourself from the hard work!

Breaking down the race by cherry picking in this way will help the distance and your perception of time to disappear.

When you’ve overtaken someone in a road race*, they are unlikely to overtake you back. (Unless either they’re not working as hard as they can, or you really do burn out because your training isn’t sufficient for the length of the race. And yes, I have done this too! Once.)

But psychologically, overtaking people is another good thing for you. Another reason to start off steady by the way. (Not ‘slowly’ though – I didn’t say slowly!)

Do, however, be prepared for a little battle when you come to overtake someone. It’s possibly a natural instinct to defend one’s position, so usually there’s a bit of a tussle for the new pecking order. Know though, that if you are the overtaker, it’s more of a challenge for the overtakee to find greater reserves to up the pace and keep your position. Ie. you’re in the better position!

It’s likely that they will not be able to maintain the newer pace for long, and it’s another tick in the right direction for your racing psychology.

Finally – the race chat! This is your piece-de-resistance.

Because that’s the game.