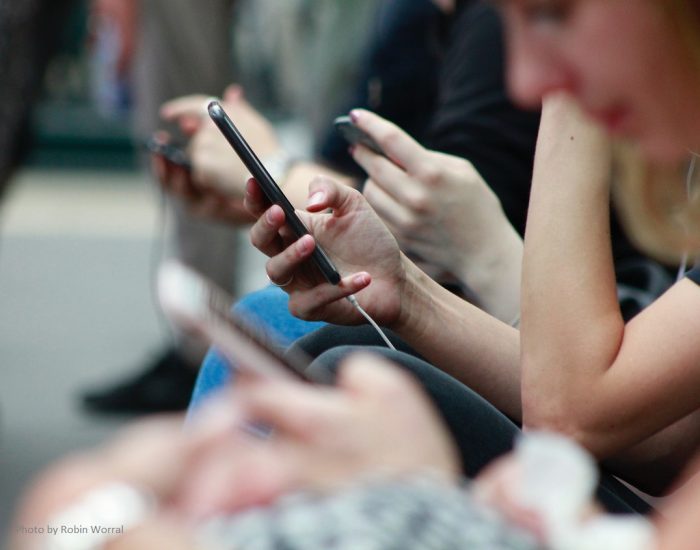 I was ruminating with a friend a short while ago about something that I had not even realised affected me. Not consciously in any case. And it’s this: the mildly disturbing stress associated with the modern convenient capacity – thanks to our friend, the phone – to cancel plans at the drop of a hat.

As soon as my friend and I started to articulate the phenomenon, I recognised that I have a high-alert internal dialogue around whether plans that have been made will remain set in stone, and actually happen.

Not major amounts of stress in truth; I don’t break out in the sweats – it’s just the start of a very definite ‘internal chat’…

First of all, I get a feeling – a notion – that such and such a plan won’t come to fruition. And then, mentally, I seem to start to lay the foundation for it not to happen! It’s as if by will what I set out therefore unfolds, and I have to work really hard to abate the feeling of being ‘let down’ – even before the ‘let down’ has occurred!

Isn’t this both a self-fulfilling prophecy and how we instil anxiety into our thought patterns?! There’s definitely a low-grade stress which could merrily be avoided here with some awareness brought to it…

There’s something deeper in this to explore – firstly I’m fairly sure that we do get a sense about things before they do (or don’t!) happen – more about this in a moment, because it’s this anxious patterning that seems to be endemic in our lives…

What’s more social media plays on this, of course – our desire to abate our low grade stresses; checking our phone constantly to artificially soothe the minor irritant of the anxiety. And it’s subtle, but the cumulative effect is that these irritants in our modern life are stripping us of our inner peace – our quietude…

The phone creates the stress and then we use it endeavour to abate it…hence its highly addictive nature.

This thinking is about reacting to something that hasn’t even occurred. We’ve set ourselves up with an expectation of something – which is a forerunner to inducing anxiety – and then we allow the destructive thought patterns to grumble away, when actually we are 100% making up the scenario.

And say the arrangements are changed. We still have the option to react in a kind, forgiving, generous spirit about the change…

It’s just that we (or I!?!) seem so irrationally impatient for everything to happen nowadays!

Having instant access to everything is extraordinary (if not always a blessing). Perhaps what our parent’s generation had to deal with was the ‘long waits’ – the waiting for a friend to arrive, for a letter to be responded to, to hanging around for a bus to turn up, or waiting to see if so and so returned from their travels into the unknown…

Perhaps we are all destined to wait and see, on some level!? Arguably, it’s a part of the big picture – not everything is supposed to come to us, in the immediate sense despite our tech seemingly facilitating that!

So what’s the solution to the mobile-induced restlessness?

I strongly suspect that it lies in ‘detachment’…

When we have a level of detachment, there’s an element of freedom having not invested our emotional energy on something. It’s not to say that we don’t care about the arrangement, but more – being released from the expectation that it will happen. I mean, perhaps the arrangement is not supposed to happen for some unknown reason – and for the good of everyone…?

And I suspect that this is what the tech-influenced phenomenon has to teach us – the art of detaching from outcomes. (And not least, because we can never determine the set outcome of any particular situation…)

And when it happens – because it’s almost certain that it will! – when you’re ‘let down’ by text at the eleventh hour, what’s the response? What’s an appropriate response which, again, saves us from heartache or from an over-investment in emotional energy and expenditure…?

To remain open about the new window of opportunity that has arisen that will enable us to do something different. Something else. Instead.

This part of the deal, I’ve understood for a good old while – knowing that when one door closes another opens itself right on up in front of us! Life’s like that, isn’t it? Nature abhors a vacuum and all that…

So, it begs the question, why do I dislike the chopping and changing of arrangements so much?!

And in truth it’s as much because of the amount of time takes to rearrange plans! Accommodating this and that, taking the other into consideration… Offering options, whittling down mutually convenient times. It’s all a lot of mental energy to re-create the perfect scenario – once more! – that works for everyone involved… (Which of course, it will – if indeed, it’s supposed to! ; )

I suppose that I simply like the efficiency of a plan made becoming a plan executed!

It’s just that really everything occurs for a reason…and all in its own time.

Maybe I need to say this to myself and apply the knowing more often! To help soothe the subtle amounts of stress that I feel over whether plans will pan out or not. After all, what we all need to settle our anxiety is a different way of looking at things…and we all have to manage our internal reaction to events.

I realise that I try in all earnest to have faith. I know ‘life gets in the way’ at times, but on the other hand, in some senses this drop-of-a-hat convenience living, is at the expense of commitment. Of follow-through…

Yes, of course it’s ok to have a course-correct at times. And I’m the first to assert a ‘letting go of things that no longer serve us’. Us, that is. Not though, when we renege upon a commitment that affects others. Not when a whim and a change of heart is at the expense of others… On lots of levels this doesn’t seem fair to anybody.

Following through shows a certain mettle, an aptitude for meeting commitments and a respect for others… but of course sometimes things arise which truly are unavoidable!

But of course, not everyone follows my set of rules!!! For some changing plans is no big deal! I get that, and that’s fine too…

A little more care and consideration

However I’m pretty sure though that chopping and changing on a whim is an additional source of stress in our non-stop lives, and that with a little more care and consideration, we could all earnestly work to reducing this just a little bit… Because we could all do with a slightly fewer stressors right now!

But what’s very true is that everything has its own time! Our quick fire WhatsApp comms only highlights that not all plans are supposed to come together and be realised…they’re not all supposed to pan out – and for our own good!

Taking away the positives

Of course, the underlying learning is in how we react in the situation.

In the conversation with my friend, when I recognised that I experience a low-grade level of an internal nagging dialogue of, ‘will she, won’t he’?! I realised that I don’t really want to live my life in a constant state of doubting… Of second guessing whether ‘it will happen or not’.

So I’ve had to create some changes to overcome this deliberating and, at times, slightly destructive mental chat. To reinstate the knowing that if it’s supposed to occur then it probably will (and be done with that!). A shortcut to avoiding the stress of unmet expectations and changing plans…

The truth is that when we get really quiet and listen really hard, we find that somehow, deep-down we usually already know if a commitment is going to be changed… So perhaps the goal is to firstly, become still and connected with our inner guidance, then to listen to it (!) and take heed and lastly to be open to what actually unfolds!

And perhaps we’re going to have make some decisions about how we’re interacting with the world if we wish to preserve – or indeed, rekindle – our innate peaceful state of being…