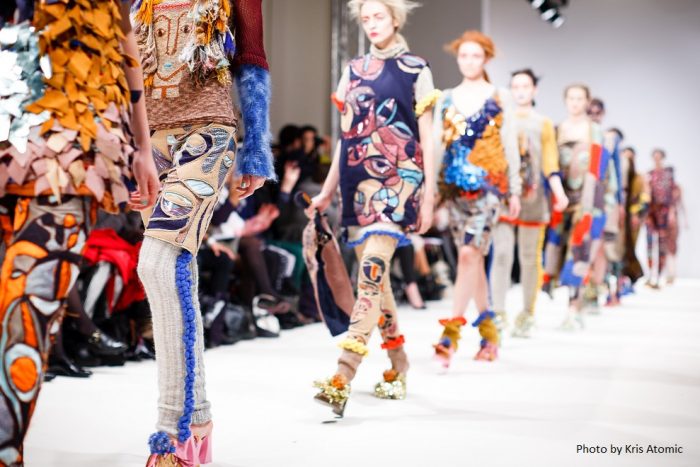 When I was a teenager, there was a popular fashion magazine that I had for a while.

(It was called ‘Just 17’ for those of you who will remember it…and how clever was that piece of marketing?! We weren’t 17…we were maybe… 14? Wannabes, for sure. And how the title suckered us in – to where we wanted to be!

Of course, it was definitely not cool to be seen with a ‘Just 17’ when you were 17. Heaven forbid!)

Anyway, it was a fashion magazine (I suppose), and I liked it because of the posters. I fancied a couple of young movie actors…and I played out my fantasy conversations with these ‘icons’! (I’m going to qualify that I think that this is very healthy and normal. !?!)

But I hated this concept that ideas spread from one end of the country to the other like wildfire because of the likes of one magazine (of newspaper, or news broadcast…). (This was the 90s and Britain is a small piece of land, and we had 4 TVs channels then.) As if, this is the latest thing and everyone will adhere to it.

Actually, less of the ‘everyone must adhere to it’…more, like ‘oooh, I want a bit of that, thank you very much’!

Fads. I’m talking about fads. And one magazine, so it seemed to me, spread their fashion ideas to every single other vulnerable, gullible and insecure girl in the entire country.

What a gross concept really. How much like sheep must we have seemed? All thinking about the same clothes, or the same boys…putting them on pedestals and idolising them. (Even if the imaginary chat was good!?! ; )

And of course, the internet has amplified this desperate trend many many many fold.

Not just in the fashion world. In the blogger’s world, in the video world, and latterly in the Facebook Live world…(which of course, is that latest thing in its own world!)

We pick up on an idea, and run with it….until the next latest idea springs forth. Same with technology, only it’s almost impossible to keep ‘up’ with the latest platform to use…or gadget to get or app to download.

But you see, it’s worrying on a couple of counts. Firstly, it induces a never-ending sense of comparison, and ‘I must keep up’ pressure.

And secondly, it stops us from asking some very fundamental questions, such as, is what I’m hearing or seeing a true reflection of what is happening? Am I sure of that? Or has it been skewed; is there something else happening, which is being (deliberately) kept out of the equation? (Such as with statistics – you can manipulate and present statistics in absolutely any which way you like.)

But is it true?

The speed at which everything is occurring, sidelines us from asking, what do I think about that? How critically am I thinking about what that person just said…and what do I think? Is this really a good idea to me…?

And you see, when an idea infiltrates our viewing/reading/listening spectrum it becomes really really easy to absorb it….and then to start regurgitating it. It’s just really easy to do.

The internet has also amplified this trend in the political arena as well; for example, every second word – everywhere – at the moment is climate change.

And this is where the fad idea gets….dangerous. When the same term gets banded about so willy-nilly…it takes on a momentum of its own, & we start to believe that it, or its proclamations are true.

But is it true? (And what is ‘true’ by the way?! Ok, that’s for another day…) Does it depend on who you speak to? And doesn’t that depend on how they are interpreting the data…(We’re wholly back in the statistics conundrum…in that you can spin anything.)

How do you know?

Once I’d moved on from Just 17, I eventually ended up taking a Masters degree. (Ok, so there were quite a few intervening years, and yes, get me.) And then I moved big wide world of working in my profession.

Actually I was relatively ‘old’ by that point compared to some of the other junior staff..and I couldn’t quite get over how they all said the same thing, in similar (or even in dissimilar!) situations. As if, there was one diatribe, and once you learned that, bingo! You were good to go in your job.

I think it did me the greatest service, in fact, because it drove me bananas – hearing all of these young people acting like parrots (I presume of the more senior staff).

Why do you say that, I would ask? How do you know that? Is that true…?

I stopped asking them…and started going to find out. So that I could make up my own mind. And come to my conclusions in an informed light, rather than in a regurgitated one.

Convincing ourselves good and proper

There’s a notion in psychology about crime, and it goes like this:

When a person is first introduced into the world of crime, they are abhorred by it. ‘How can you possibly partake in those behaviours, let alone condone it?’, they say.

But on hanging around it for long enough, they start to accept it. They still may not like it, but they carry it out, nevertheless. Arguably, they stop asking questions about it.

Some time later, this happens: they start to defend it. They have embodied it so much that now, it is not only a way of life, but they embrace it. They might even try to drag you in, so fabulous it is! (So watch out!)

And I think it’s a really good analogy to information (propaganda) dissemination… it’s super easy for us to convince ourselves about something, simply by being in the proximity of it, or hearing it often enough, and starting to believe that it’s the norm.

But is it true?