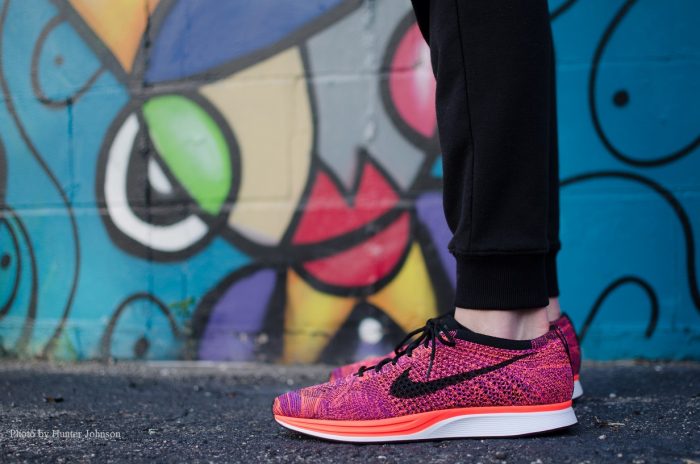 I have to credit a great friend in helping me to find my feet in running. This was a good while ago now, and actually, I already knew where my physical feet were, but he helped me to keep them on the ground…

No, that’s another bad analogy! There’s no time for your feet to be on the ground in running!!

Ok, so this is what he helped me to do:

He helped me to say to myself ‘this is what I’m good at’, and see how good I can really get at this. He helped me to give myself permission to stick at being a 10K runner.

This is what I’m good at

It’s a no-brainer to say that we’re not all cut out for the same things (generally, in life). But lots and lots of us do like running! (And jolly good for us too! *smug face*)

We don’t all have the same composition and yet we have been attracted to running in droves. It’s quick and easy and it’s footloose and fancy-free. It’s no bad thing for the all-round health of the nation either. CK5K one season, building up to parkrun the next…and then before you know it, you’ve gone and signed up for a marathon!! (Maybe with an intervening 10K or ‘half’ in between times.)

And yet we’re not all cut out to run long long distance. (Even if we are Born To Run…!)

Granted some of us are immediately drawn to the mega-distances…the slow and steadiness of it all. Others of us like to feel the quickstep of something a little more short and sharp!

And somehow, we’ve found ourselves drawn to these increasingly big marathon events, and they seem to have become our benchmark of running achievement. The longer the better seems to go the adage.

The only distance of choice?!

If you happen to have ever brought up in conversation to someone that “I’m a runner”, I reckon you’ve got at most 3 questions before you’re asked, “have you run a marathon?!”

And of course it’s a laudable achievement! Of course it is. And it’s a lovely and inquisitive question to be asked – especially by a non-runner. (It’s certainly possible that for those who aren’t really drawn to running, this might be the limit to their chat about it – which is absolutely fair enough too!)

And it is a hugely fine achievement, and if you were attracted to running in order to run a marathon, then good for you!

However, it’s ok to not want to go the distance! It’s really ok…

The notion that this is the golden distance – to be aspired to by all – does a good whack of us a disservice. I think it’s because it’s become an increasingly available option, and we’re been whirled into a frenzy over ‘doing a marathon’ in the past few decades.

Possibly it’s because we have a tribal mentality…compounded with the disposable income to travel wherever we want (relatively), but the cultural concept that we must always be going after bigger and better things has its flaws.

This tribal nature of ours leads us to, by and large, fit in. A community works harmoniously when everyone tows the party line and, generally speaking, complies.

Being ‘tribal’ is a pretty good descriptive term because frankly we do tend to get swept along with the prevailing wind – those general prevailing trends!

This can be a really positive thing as well such as giving up smoking en masse. When the latest opinion is that smoking is pretty yuk for our health, one starts to feel like an outsider caught inhaling the nicotine. Because we generally want to ‘fit in’ and when general public opinion says one thing, it can feel more comfortable to be counted alongside the masses.

It also stops us from questioning behaviour too much. And this isn’t altogether such a great thing, sometimes. But in this case, I wonder whether it might actually curtail us from reaching our potential in the area that suits us best.

Sitting on the outskirts

How my friend influenced me to enable me to do this was by deciding to get as good as he could at one distance…and then move on to the next. He used this approach to triathlon actually, and yes, ultimately he reached towards the (crazy!?!) Ironman distance…but only once he’d reached a pinnacle in every preceding distance!

This is actually what huge numbers of our top athletes have done – they start of on the track, focussing on achieving their best at shorter distances. Then they move into middle distances…and then often, but eventually, they’ll stride it out to the marathon distance. Years later!

But of course, this doesn’t suit everyone. Paula yes, Mo, no.

But it’s been the inferred path for good knows how long…but it takes years for them to get there!

Yet, we’ve lost a sight of this a little. Let’s blame the smartphone and the ‘instant-everything’ that’s pervasive today!? But still, socially-perceived norms compounded by a society which rarely has to wait and be patient for anything nowadays is a signature of modern times.

My friend’s actions gave me the rite of passage to work out my running strengths (a bit of quick and a just a little bit of endurance, so it turns out), and consequently to focus my efforts there. Slap bang in the middle-distance. And to not be suckered into what everyone else was doing…(just because that was perceived to be the thing to do.)

And it allowed me to focus my efforts and to endeavour to get better and better at that one thing. No additional pressure on myself…seeing progressive improvement and understanding more and more of myself in that particular space. And to see what potential I have in me…

There really is something to be said about getting as good as you can at one distance before you move on… It might just give yourself permission to stop and say,  ‘10K’s plenty, thanks!’ – even if you end up sitting just a little bit on the outskirts of the tribe, that’s ok – it’s far less crowded here than in the throng of all those mega-marathons! ; )