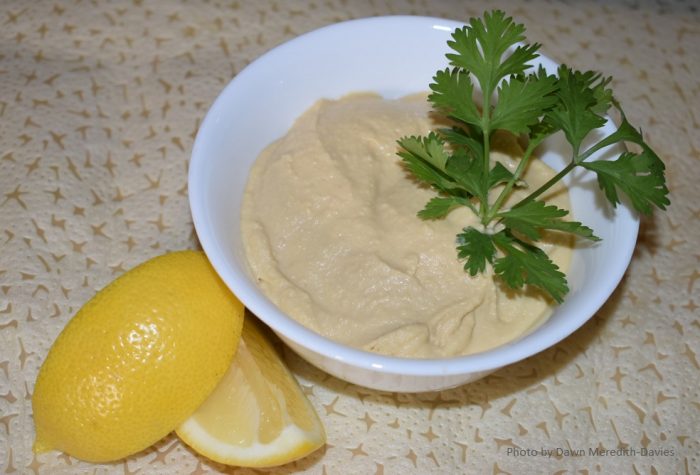 I have a long relationship with hummus.

I’m still not entirely sure of the correct spelling, some spell it hummus, others spell it houmous. And it’s curious that I haven’t got a definitive on this one, because usually I’m rather pernickety about spelling.

It’s certain though that it’s not ‘humus’ (as that refers to last year’s mulchy leafy matter in your flower beds), and I’m talking chickpeas. I presume the spelling is a case of horses for courses and just like yogurt. Or yoghurt.

In any case, my life with hummus started off a little rocky…

The rocky road to a smooth old hummus

I didn’t discover hummus until I was well into adult-hood (yes, sheltered upbringing. It was the 80s though…and my family weren’t into the Mediterranean/Middle Eastern travel thing. We went to Cornwall, and France – you know). Anyway, I was utterly smitten by the creamy, smooth texture yet dense and filling dip, it wasn’t too long before I was attempting to make my own batch…

Absolutely abysmally. It wasn’t palatable whatsoever! My poor friend of a guinea-pig was way too generous – it was awful!

And I was flummoxed what I’d done wrong… I was convinced I’d ‘followed the recipe’.

But in any case, I was fairly determined to master making it (and no doubt it had a lot to do with said friend being able to make a delicious version consistently and effortlessly! ; )

As much I was determined to master something which appears to be so simple.

It turns out that it requires a little artistic flair rather than recipe following, but I was to discover that later…

In the beginning I was convinced that I possessed sufficient culinary skill to rustle up not just a passable dish, but one that could be mistakable for having been shop-bought. (Don’t set your standards low is the message here.)

So I persisted.  Again and again they were pretty hopeless (I’m happy to freely admit…even though it was as raw as the garlic at the time, haha.)

Now of course I didn’t follow the exact same recipe (why would you repeat something that didn’t work first time?!), but some similarly googled versions…

And I tried everything – I sought counsel from my friend (always seek advice who has superior knowledge and skills in the area that you’re looking to acquire them), and indeed acted on her advice.

Soon, I knew the ingredients by heart, and almost out of desperation, started throwing varying quantities together.

The saga continued. And it became a running joke with my friends (or perhaps I did?!).

Sometimes, of course, I forgot some key ingredient – the garlic, the salt all went missing on some occasion…you get the idea – there were umpteen subtle variations, and I still hadn’t mastered the damn dish!

I also have one of those fancy rocker garlic presses. It’s all very aesthetically pleasing, if a little overly expensive, to be honest, but I find it a such delight to use (and love to take such pleasure from such a simple thing…), although a friend suggests that they’re ‘all form and no function’ so we agree that enjoying beauty for beauty’s sake is perfectly acceptable… ; )

At every opportunity, the latest batch would come out. Sometimes we’d play the ‘compare and contrast’ game – could my guest guess had been made with love, and which by a machine???

(Ok, so they usually knew which was which! But share the journey; it’s imperative. Your friends will humour you, and your true friends will remind you of things that you’ve long forgotten…Such as quite how bad the first efforts truly were!)

And then, one day it happened!

Out of the blue, and totally unexpectedly!

At first I thought I had gone way over the top with the liquid, and thought a different definition on disaster was about to ensue, and then as I whizzed, it just all came together. It looked amazing – the perfect consistency in fact!

This was clearly this penny dropping moment, and the start of a new chapter between me and the chickpea – that cheeky little je ne sais quoi is that it just needs more liquid! And I’d like to suggest that I’ve never looked back on my hummus making days…

The perfection was close to heavenly. And I was filled with utter snugness.

My culinary skills had reached a peak – we all admired and tasted and there were congratulations all round! From me included. (*Always* acknowledge your achievements.) I was so chuffed with myself.

Keep your goals in mind

This less-than-serious quest to the perfect hummus had infiltrated my entire life.

That said…I was pretty damned resolute. (Keep your goals in mind, and travel along all possible routes until you gain your success. Wend your way towards your goal consistently. Persistently. Every day. Although in hummus case, take that with a pinch of salt – a very important, not-to-be-missed-out component!)

I love that there have been so many lovely extractable life lessons from the tale of simple bowl of hummus.

And now that you know the tale – here’s my recipe:

A can of chickpeas, loosely drained. ‘Loosely’ means don’t even bother to fully strain off the aquafaba (the name of the liquid that soaked chickpeas creates).

And retain the surplus – it’s brilliantly useful for all sorts of vegan recipes (a rather delicious chocolate mousse for one!).

(By the way, I tried soaking dried chickpeas on a couple of occasion on my quest to perfection. I wouldn’t bother; it’s definitely a step too many, takes the spontaneity out of ‘oh, I’ll just throw a hummus together’, and it won’t save you any money.

On the other hand, cans might be somewhat dubious to use, what with all of the heavy metals (not to mention the recycling… but throw on a healthy handful off coriander on top of the end product to support the elimination of the metal effect!).

Definitely don’t rinse the chickpeas though, the key really is in that extra drop of fluid!

Pop the chickpeas into a Pyrex. Then, for good measure, I add back in a little slug of the aquafaba! Trust me with this one.

Next, add a solid glug of olive oil. A really good glug, I mean. And then a splash more. You’ll get the feel for it, I assure you.

Then get your groovy garlic rocker and mince up a nice large clove. I just go for the one. I don’t like to taste my hummus the following morning, thanks. Too much of a good thing and all that…

And add that to the pyrex.

Then squeeze in half of a juicy lemon. I squeeze by hand, mindful to remove any pesky pips (which can be decidedly similar to the chickpeas themselves, so be vigilant). And if some of the lemony segments find their way in, all the better.

Next add in a good measure of tahini – I go for a couple of generous tablespoons (roughly…).

(I have been known to simply use sesame seeds. The idea is the same, but this makes for a different texture, and if using these, the mixture will need a very good whizz.)

Finally, add a good pinch of sea salt into the mix.

I whizz with a magic wand, rather than use a blender, but one presumes the effect will be the same.

And I whizz well. Until all of the chickpeas have been blitzed and all of that liquid has wonderfully combined.

It will be smooth and absolutely delicious. I use a silicon spoon to decant into a dish, so as to not waste an ounce and to give optimal scrapping-satisfaction!

I’ll often let my imagination go wild with toppings too. Obviously olive oil and paprika are a given, but walnuts and a spring of coriander are wonderful as well for a juxtaposed texture and taste explosion in the mouth…

And there you go, and please fill your boots. We munch ours with crunchy carrots and sticks of celery, and we feel absolutely no sense of guilt about loading it on as an appetiser…

My life with hummus has been a fabulous one. I think that what I’ve really learnt along the way is to go with the flow a little bit more…and to trust yourself to experiment! The essential ingredient is to not follow a recipe to the letter, but rather to add in a soupcon of liberalness to your quantities.

I cannot imagine life without hummus nowadays. It fills so many gaps, so easily….a picnic staple, a bbq side, a nibbles-dip for guests, a ‘we’re-famished-and-it-will-be-hours-until-supper’s-ready’ filler… So versatile.

It’s so simple, so delicious and so satisfying to delight your guests with your homemade hummus!

Hopefully too this will soon be replaced with a taste mouthful of hummus itself – please do share your success stories! : )