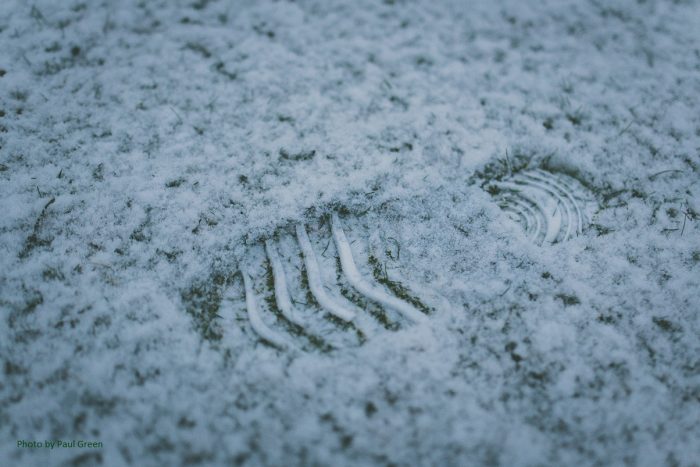 Some things are inevitable if you run, jog, ‘jeff’* or plod…whether you’re a seasoned runner, or whether you’ve only just started putting on your go-fasters,** stick with running for long enough, and it’s inevitable that you’ll meet at least some, if not all, of these!

You’ll wake up one morning, or get back from work one evening having the intention of going out for a run…and then this will happen: all of a sudden you won’t really feel like it.

And then you’ll find yourself in the throes of the ‘shall I / shan’t I go for my run?’ mental torment!

It’s a game really, that we all inflict on our running selves… You will tell yourself all of the reasons why going out today is not a great idea…and then immediately afterwards you will berate yourself, and remind yourself how much better you’ll feel once you’ve done it!

If you’re lucky, the battle will be over quickly, and you’ll make a firm decision swiftly. If you’re even luckier (or hardier of will) you will come out victorious and make a decision that you don’t doubt for a moment! And if you’re luckier still, and you’ve decided to go out for a jaunt, you’ll have a stupendous run!

(But by the way, if you end up on the sofa, or staying in bed for an extra half an hour, that’s perfectly ok too. Maybe you needed the rest instead? However, please please please don’t continue the mental torture and beat yourself up about not going! Just enjoy what you’ve chosen to do instead!)

I feel that this one needs no more explaining other than to say, we can learn something profound here…for life in general, I mean!

Or something very similar. If indeed you decide to follow up with this suggestion, and find yourself in the midst of endless training miles for months on end, the next inevitable will occur:

–        At some point you will then say to yourself, “Running a marathon is the most ridiculous thing I have ever decided to do”

And this will probably be true! ; )

You will carry on and do it anyway. It’s another inevitable. (But that’s the commitment that running allows us to make to ourselves…

–        During some race, at one time or another, you will fall into step with someone who makes unbelievably and incredibly loud breath sounds!

You may try and get their attention in some way, for instance by coughing loudly, as if that’s going to change their breathing!? Or, you may simply will them to fall behind, or just overtake!

In any case, you will spend the next mile or so that they are in your midst being more aware of their loud breathing than of your own running. (Occasionally that can be a blessing!?)

I’m sorry to say, but it is almost guaranteed that you will get a running injury.

Coming from a physiotherapist who has long considered ‘injury prevention’, I can tell you that although you can certainly mitigate against running injuries generally, you will not be immune to injury occurring at one time or another. I hope that it is only one time for you, but it will happen, and for this reason:

Injuries don’t altogether occur for the reasons that we think that they do…(and of course it’s actually nothing to do with your immune system!)

–        Once you have ‘got an injury’ (as if you get them from the supermarket!), some well-meaning soul will proceed to tell you what to do for the best and how to manage it

It is highly likely that this person will not be a movement specialist.

Thank them, and then go to see a physiotherapist and who can guide you, specifically, with what you need to do to resolve your pain.

And you may well be!

Alternatively the dark may seem to alter our perception somewhat.

Having thought about this at length, I have two theories why this may happen:

(It’s this concept that makes the summer’s seem eternal when we’re youngsters, although that’s the concept the other way around… When we’re young, there’s so much that’s still new to learn, and for the brain to get it’s head around, so to speak – and this makes time appear to go more slowly…)

Granted, these two theories are work-in-progress! But what do you think?

Any which way though, this will happen to you, one time or another – just wait and see! ; )

–        You will look at someone’s running technique at one time or another and ask yourself, “How on earth do they run like that?!”

It is true – we are a wonderfully weird and varied bunch. Anything seems to work.

Whether it works as well as it could is another question… But as they say, don’t knock it until you try it…. No! No, that was the wrong phrase! Don’t try it. Instead learn how you could optimise your own running…

The Online Movement Analysis Sessions do just this, by the way! That is – we explore how your running technique could be more efficient and more effective for you…Click here if you’re interested!

–        You will go out on a winter’s run wearing too many layers, and come home with several jumpers tied around your waist

Again, it’s inevitable! Particularly in the ‘early days’ when you’re less used to gauging how warm you’re going to get.

The rule of thumb is to go out wearing the fewest layers possible (but all tucked in!), and so that you’re still slightly chilly when you set off…and then simply untuck as you warm up.

If you don’t know what I’m talking about – here’s a little bonus read for more about the benefits of ‘Tucking In!’

You will feel light, and lithe and fast and furious. What an incredible little insight that our bowels may be connected to our brain…(not literally…unless you’re talking out of your….?!?! ; )

Although some of these are slightly tongue-in-cheek, these things will happen to you as a runner! They’re as inevitable as the sun coming up tomorrow, because they seem to be a part of the running experience, and they won’t pass you by…

Enjoy noting how many of these you come across during your winter training this season, and head over to the LGH Facebook page and let us know your experiences with the ‘inevitables’ so far!