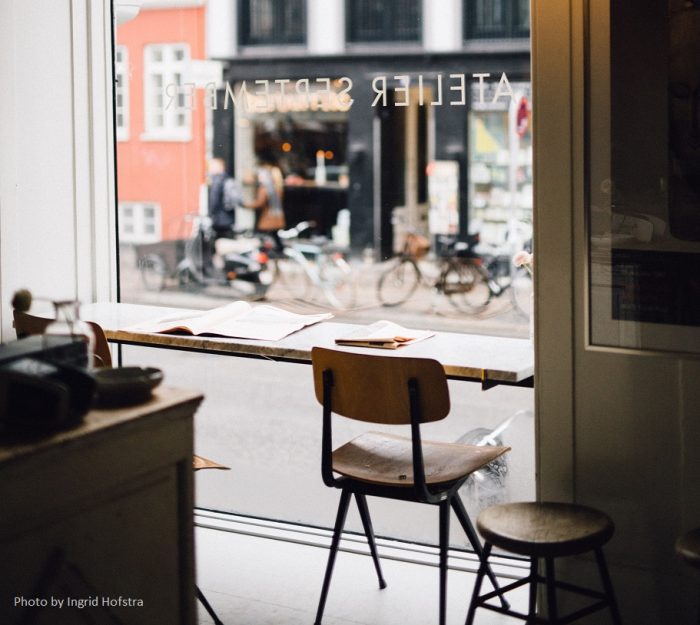 In some places around the world, the school year starts in January. But there’s a feel in the air when September starts, which is more than just about the kids going back to school.

The summer heat has seared its last, and a wave of productivity is ready. It’s just ready…perhaps that’s the feel? – the readiness to settle down and crack on. I happen to think that the productivity doesn’t start straight away…it takes a couple of weeks to crescendo, and then you’ll find yourself in full-autumnal throttle.

It’s certainly a different sense of productivity than in the spring though – where new projects are springing forth ten-a-penny…and that’s because the energy of spring really is about newness and the anticipation of unknown potential. Autumn energy is more about a drive towards completion; a finishing of those projects before the wrapping up in winter.

Two processes precede the September flurry of work. Firstly, a good reflection on the summer’s fun and games and a moment of appreciation of all of the love and the laughter.

And then a jolly good sort out. A sifting through of the summer’s accumulation of bits and bobs around the house and the garden, and a purging of all of the unnecessaries…in order to allow the flurry of activity to restart with a clear head.

It’s to do with the equinoxes – the twice-yearly moment that signifies shifting from one time period to another (ie. the relative length of the day and night) – it’s this that triggers our tidying tendencies. I suspect it’s a more prominent sensation in the spring, when we’re emerging from the cold dark months, but nevertheless the urge is also there in autumn, if you pay attention.

And so starts the season with a splurge, and a delve-in-deep.

It’s such a positive process because what’s hidden in the cupboards?!

What do we hide away behind the scenes of our life? Shut the drawers or the doors and tidy away in the background (whether it’s tidy or not?!)…

Perhaps it is tidy, or maybe it’s relatively chaotic?!  (But if the door to the cupboard shuts, that’s ok…?!)

What’s the real meaning behind all that we shove into our drawers and into our cupboards?

Is your life tidy and organised behind the scenes, or does clutter reign in the depths? Are we living our lives superficially all in accordance with norms in public…but in chaos in the background?

Perhaps you’re in the middle ground with this one…but who doesn’t have some ‘stuff’ (‘junk’?!) buried at the back of the spare room…!? Or in the loft, the garage or the shed?!?

It takes a concerted effort to live lightly.

But if clutter seems to be queen, know that all that you’re holding on to is tired, old energy.

The real process of decluttering is to lighten our lives. To make them more simple, less complicated, more streamline.

Digging deep into the depths of the cupboards and the backs of the drawers and tidying what we need, and purging what we don’t…purging what’s literally weighing us down, and sucking our energy away from our more streamline, expressive self.

To be rid of the areas in our lives that are stagnant and simply gathering dust…rather than to be free from the mountains of material; to be free to create in the space instead… To freshen up the spaces that have needlessly (carelessly…ie. without a care) become stuck, and stale.

The purging process lends itself to lighten ourselves sufficiently so that we can live with more room to manoeuvre…more space to be our most creative selves. So that we live a lighter life.

Getting rid of the items which no longer serve a purpose (those which we’ve been holding on to and holding on to…) truly is symbolic of getting rid of the demons in our lives. When we can face decluttering the superficial stuff, we’ll be better prepared and more equipped to deal with the difficult things.

It’s refreshing. It’s shifting – mentally, and quite possibly emotionally too. It’s rejuvenating for the whole system – the whole energetic system. Positive movement for the entire energetic system in which we live. It’s imperative.

And all that from an autumnal spring clean?!

Enjoy settling into the fervour of the September feeling…