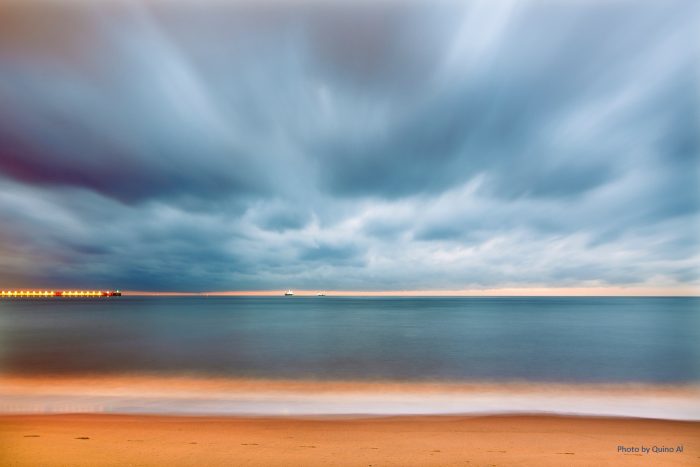 Something shifts in a yoga class.

Maybe the busyness of the day disappears and you shift into a calmer, more peaceful place. Maybe a tightness, or soreness in a muscle let’s go… Maybe some trouble eases away.

Things shift. Sometimes it’s our perspective, sometimes it’s something physical. And we usually attribute that to the physical practice of the yoga.

But I’d suggest that as much, it’s the breath that works the magic.

Start from where you are

How do we create shift in our lives?

You know when you have an epiphanal moment where the status quo no longer feels good? When we meet one of those straws-on-the-camel’s-back episodes, and we stop in our tracks and say, ‘THAT IS IT! I have had enough!’.

Do you know those moments? When we make a solid resolve to downright shake things up and change something.

How do we powerfully create that shift?

Clarity really is the king and queen of change…

Then add an ample dose of Compassion

Going through this stage with an enormous amount of compassion, and just kindness towards ourselves, is so so important here… Not least because it’s so much easier to arrive at what you want when you’re being nice to yourself…(and anything else is simply a waste of energy!)

Next, generate some Connection

Connecting to an emotion that pulls us towards our desires is akin to turning around in the river and going with the flow… It transforms all of the pushing and pushing, treading water and battling and it makes it easy instead…

And then the final ingredient is Commitment

We then have to take 100% responsibility for ourselves.

Only our own inputs create our outputs. Taking less than 100% of the responsibility means that we’re putting the onus on someone else to create something for us. That’s neither fair, nor possible.

We have to generate it ourselves. But absolutely and without doubt, find a buddy to carry out your plan with…it makes everything so much easier when we share the accountability (not to mention fun!).

How do we create shift in our lives?

With clarity, compassion and connection to a kind, emotional driver…and commitment.

Then the plan and the execution will simply fall into place…

Putting yourself out there

When you put yourself out there – wherever ‘out there’ may be for you (in the local running club, or yoga studio, or up for promotion, or…), you create movement.

Because putting yourself out there means that you’re open. Open to the new, and to the potentialities that are all around us.

You’re showing the world that you’re ready, and willing. And this will be reflected back to you many-fold – with skills, growth, and with follow-through, it will turn into results.

It’s the same with engaging. Or with investing some aspect of yourself, or with participating. It shows that you’re ready and that you’re willing to grow.

When we stop putting ourselves ‘out there’ we stop moving and we become stagnant. When we stop being open, we close up and become narrow in our perspective. We lose our ability to move fluidly and with ease and we may well become inflexible as a result.

Any which way we look at it, continued effort out is rewarded with effort in.

Sweeping stuff under the carpet

It just gets dusty and fusty under there…

Keep piling stuff underneath the carpet (invariably, because we wish to forget about it good and proper…) and the trouble is that eventually we have no room to manoeuvre around the mound under the rug, shaped like the proverbial white elephant! (The thing that no one wants to talk about, but that’s glaringly obvious to all and sundry.)

Now, I’m not the biggest fan of vacuuming (in fact my favourite little treat to myself is to outsource the housework!), but I regard regularly clearing out the emotional cupboard as essential maintenance.

Not least because when we leave things to fester, invariably we end up with a much worse situation to deal with than had we addressed the issue head-on in the first place.

Dealing with things when we’re first aware of them allows us to clear the air, it enables us to move forward energetically and sometimes, it even facilitates a whole new world to reveal itself…

Sweeping stuff underneath the carpet just never works. I mean we can do it – of course we can! – but it keeps at bay freedom of movement and the clarity to see options, opportunities and openings all around.

There’s a flow to money in and out of our bank accounts that’s like the breath in our lungs. Air comes in, air goes out…money comes in, money goes out. It’s supposed to.

Money is a flow. A cyclical flow. And the more that we allow it to flow out after it comes in, then the more that flow becomes a part of our life – just like the flow of our breath.

We breathe in what we need, and release back into the world around us what is needed elsewhere. And a little is left in reserve (it’s called the tidal volume, as it happens – this residual – which we might otherwise call our savings!)

And this is what money is supposed to be – a coming in, and a going out. It’s akin to the flow of life. We are supposed to create our own personal little economy around us – receiving money for our time or services or products, and giving it back out for goods, services and other people’s time.

And that’s it. It’s an in-out, round and round cyclical pattern. The bank account being breathed in and the back account breathing out.

The challenge is to simply allow it.

(It’s worth mentioning also that swathes of the population actually struggle with their breath. Generally speaking, we’re chronically stressed, under-rested and disconnected mind from body for the vast majority of the time…and the impact of running on increased stress levels, is that it adversely affects our breathing, and our ability to take a bigger, nourishing, stilling and calming breath. We stop it from going with the flow…we hold onto all sorts of tensions all over our body, and we restrict the full, free flow of air in and air out. Just like we so often do with our finances…)

Nothing is separate, everything is interlinked. Even our bank account.

How often do you say, ‘ooh, what a coincidence!’?

As a teenager, coincidences would occur all around me, incredibly regularly. I would think about something, fleetingly – often, I recall, on my way to school, and then later in the day, the very thing would happen, or I’d receive the answer to my internal query, or someone would mention the random thing that I’d been thinking about earlier…

Coincidences were rife! And I even worked out the when they might occur – when I would think about something, and then almost immediately forget about it! It seemed that this gave the answers the space to flow right in…

I then seemed to go through a period when these type of coincidences didn’t happen much at all. I seemed to have lost my magic touch ; ) and on reflection, this was wholly analogous to where I was at that phase in my life – a little bit out of kilter with myself….out of flow.

Nowadays the magic has returned, and I have oodles of instances where the answer comes; often, soon after I’ve posed the query. However I no longer use the word coincidence, I love Jung’s term synchronicity….meaningful coincidences. Nice hey?

To me, synchronicity infers that there’s a fine order to the workings of the world, and that feels about spot on.

And although, it is magic – it’s appears to be the magic ingredient of life – I recognise that it’s a function of being in flow. At its heart, these seemingly magical occurrences are actually a function of detachment…detachment from the query, detachment, or non-grasping, to the answer arising and detachment, or surrender, to the form in which it appears.

Detachment is not the same as disconnect, by the way. In fact, we need to be connected – to ourselves and to the present moment – in order to let go of our attachment to things.

This series of terms – non-grasping, detachment and surrender – have been written since way before Jung, and by the yogic sages way back in the day.

Let a thought come, allow it to go, and worry not about the form in which its answered.

Right in the thick of getting out of our own way; of allowing it; of being in flow with ourselves…