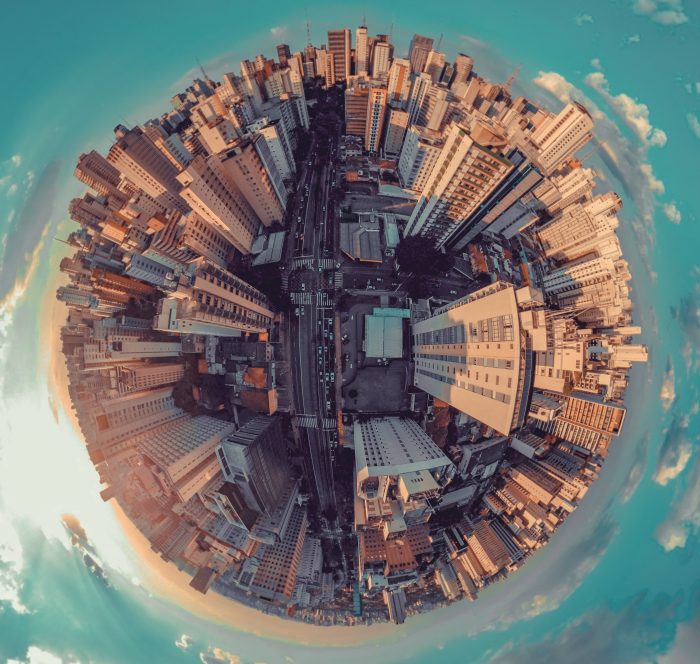 The ‘flat-earth believers’ came up in conversation recently. You can imagine the tone: somewhat ridiculing in a collegiate, almost conspiratorial, and certainly condescending fashion of ‘how parochial, how unsophisticated!’ and almost, ‘how beneath us…!?’. Perhaps I interpreted some underlying notions which weren’t intended…and in which case I ask forgiveness.

But in any case, it started me thinking about what direct experience tells us.

You see, don’t we all believe that the earth is round because someone has ‘told us’? I do. I have not, personally, done the experiments, worked through the equations to know for myself that the earth is an off-spherical globe. It’s something I’ve been taught, and it’s a part of my belief system.

But it’s not a function of my direct experience. My day-to-day experience only tells me that when I want to go from here to there, it’s pretty flat actually (levelled, invariably, too). And sometimes there are ups and there are downs – rises and valleys. But my direct experience doesn’t tell me that I’m walking over the arc of a globe… (And yes, I do realise that it’s a shallow arc!)

Our belief systems are pretty powerful right? But who’s to say that those who believe in the ‘flat earth’ are wrong? If that’s what their experience tells them?! Why is that ‘wrong’ to come to that conclusion?

If we were deaf or blind, or one of our other senses were removed, we would have a very different direct experience of the world. Doesn’t make it wrong, does it?

Yogic exploration invites us to explore this further in fact – pratyahara; the withdrawal of the senses – it’s about discovering what remains when you strip away our external perceived interpretations and notions about our world, and about ourselves. It’s an illuminating practice…

This idea of direct experience has been surfacing for me recently because I’ve been aware of so much contradictory chat being banded around of late (a la corona), and honestly and truly I’ve had to come back to what I know from my experience, to make head or tail of it…

For instance, I know when I’m ill because I present with symptoms. I know that I’m ill, because my body tells me. It says, you’re not very well, are you? It honestly does. And what’s more, it puts me out of action if I am actually ill – thankfully rarely – and it (my body) needs some time to right itself. (Which of course, it always does when given the right conditions.)

I know that I’m functioning just fine if I’m symptom-free. A good number of years of experience has told me this.

So, why all of a sudden, do we believe that we’ve ‘got a virus’ when we don’t have symptoms?!? It makes no sense. The ‘asymptomatic carrier’ just doesn’t tally up.

The body doesn’t behave this way.

If we’re ill, we have symptoms.

And so if this actually doesn’t tally up, well, don’t we have to rethink what it is that we’ve being told? There must be something missing because the information doesn’t stack up; there’s an anomaly here (but not only here, it has to be said). Why is no one else enquiring about this?

I suspect it may be because we’re deeply engrained to believe what we’re told… We’ve stopped that deep enquiry of pratyahara (which of course, isn’t restricted to only yogic circles…they simply encourage the concept in a society that has lost touch with its inner space and confidence in its direct experience).

And yet ‘critical thinking’ (not criticising…being critical) is a foundation element of any further education, so one has to assume that huge swathes of highly educated people ought to be accustomed to weigh up what registers as an anomalous piece of information…

And what’s more, never before in the history of, well ever, has I (nor anyone else according to the ‘science’) ever passed on an illness to another.

I had the flu once. Just once. I’ve been fit and healthy and fortunately so for almost all of my life (again, thankfully).

But that time I did have the flu, it was an inside job. I didn’t pass it on to my partner, or anyone. I was ill, my body dealt with the symptoms that arose… No-one who was anywhere near me caught it.

Illness doesn’t work that way; experience shows us that.

How many people have heard a story like, ‘oh, so and so, was really ill with covid…but none of their family got it…’?!

I’ve heard that story (only second hand actually, I don’t know anyone who’s actually ‘had it’).

We’re all awash with the belief that the earth is round, because we’ve been told it. We’ve been told information about this pernicious ‘virus’ (they’re inert particles though, so we’re told, and the come to life once they get inside you… Really? Something that isn’t living, can ‘find its way’ into your cells???????)

Really? I’m not be facetious, I’m really asking, that happens does it?? And…anyone’s seen it happen?

I certainly haven’t seen anything else that’s inert – a rock, say – come to life; not in my experience anyway.

And yet we have a tendency – a horrible habit, actually – of banding together with those who share our belief system, and casting aspersions, or throwing judgements towards those who have different opinions. It is the pointing of fingers which is more pernicious that this blessed virus… Where has our tolerance gone…?

The stories that we’re told are powerful. And the tales that we’re currently being told have even more gravitas at the moment, for one, because almost everyone is focussing on the very same stories right now – this collective energy is tremendously heightened and enormously powerful – and it’s a global story! We have the entire world population being fed the same tale… Imagine that.

What we believe is even more powerful, and especially if it’s at the expense of our own experience, because this space puts out of alignment to what we ‘know’ to be true. (It’s a very deliberate, disempowering tactic. Marketeers have used it for aeons…governments included!)

Ignoring our own experience and otherwise adhering to the stories others are telling us, rather than ascertaining for ourselves what we believe to be right and true for us, well that might just turn out to be folly in the long run… And sifting through the detritus at a later stage will only be far more challenging.

(It’s the idea that, fooling the people is easier that persuading them that they’ve been fooled…)

So, as for the flat-earthers? Well, I’m personally not about to join them, but I’m also going to look at my experience very carefully to determine what I believe to be true in these testing times…

One thing’s for sure though – when we decide to judge someone else for their beliefs, it pays to take a good look at our own first…

Coming back to our direct experience

Where else in our lives do we have societal beliefs which have simply been drip fed to us? Which have impregnated our psyches, and which hold very little hearing on what we’ve otherwise experienced to be true…?

Where could we be more tolerant of our differences (knowing that inside we all feel the same)? Where could we remove ourselves a little bit from the external stories and dive a little deeper into what happens on the inside, and re-establish our tales from our direct experience…?