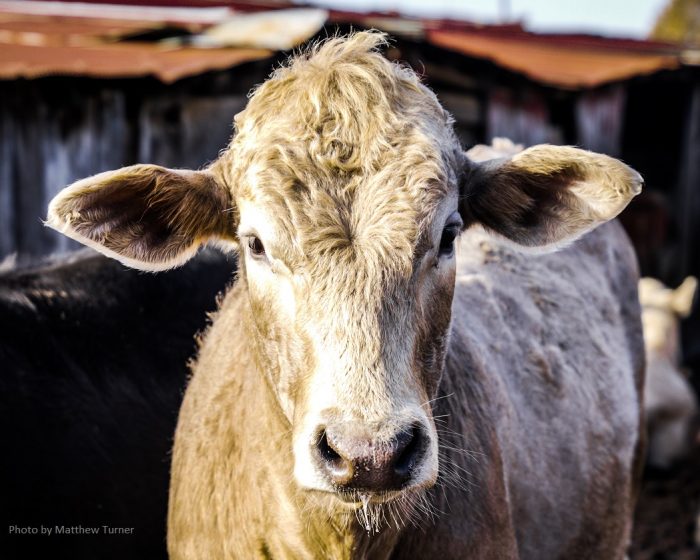 I’m the kind of person who gets asked if I’m vegetarian.

I seem to have ‘the look’ – you know the one; the vegetarian look.

(Well, actually, I think that I have ‘the energy’, and this is what is recognised, but that would be splitting hairs at this point, so let’s call it that familiar veggie feel…)

I became a vegetarian when I was about 13; it was an overnight decision.

It was a decision made after a biology lesson, and one that I just couldn’t renege upon. And you probably don’t need any more details, as I suspect we all had some stomach-turning biology lessons. And some of us reacted differently to it than others. I mean, some even fainted! For me, I just couldn’t eat meat again…

And it went down remarkably well, so I seem to remember.

The vegetarianism, I mean. (Clearly not the biology class…)

That’s my recollection of it anyway. I suspect my mother’s version may have included a little more resistance to the idea, seeing as she was chief in charge of the cooking.

(And the shopping. Oh, and the washing, and the cleaning and the ironing. And she worked. One of those mothers, who managed everything…).

And despite all of that pressure, she found it in her heart to be unbelievably supportive of my decision. No doubt she thought it would be a fad, but nevertheless she spent the next 5 Christmases tirelessly making me a delicious nut roast (it was the 90s…) until I left home. (And then for quite a few after that!)

Possibly, I was somewhat determined. Possibly verging on stubborn, but only possibly, though.

I wasn’t an activist or anything like that…. I have never once carried a hand painted banner, made a ‘victory’ sign in public, or joined a march.

Surprised? Don’t be. I just don’t have that kind of energy.

We were all doing our bit back then, I suppose; supporting animal welfare meant making a trip to The Body Shop every weekend, but as I say, it was the 90s. It was novel, and we were predictably being teenage sheep.

Although I believe that I was the first of my friends to become a veggie – in a rather uncharacteristic trendsetting kind of a way… : )

The vegetarian years ended about a decade later, although it wasn’t just because it was a ‘phase’, and in fact it took an entire tormented year enduring yet another Four Cheese Pizza while living in France to change my ways (where being that kind of trendy clearly didn’t apply just before the millennium, and it was far more chic to eat meat!).

Then sometime after that poultry (that saw the end to the festive nut roasts. Not that they weren’t delicious, of course) and then eventually I started eating red meat again.

I still find this interesting, as frankly – a snapshot of a ‘different’ person almost. Reflecting back, I feel slightly numb about this period…

Not least as throughout I was still asked the same question – ‘are you a veggie?’

Predictably, I reverted back the other way again. It was as if I was blind-sided for a while, but came back to my true colours more and more whole-heartedly. Although there were always tell-tale signs, to be honest  – you know, always having a keen eye on the vegetarian option at the pub, and so on…

I think it’s the energy though. It caught back up with me, and it all fell into its correct alignment again.

Not because I fell back in love with the Four Cheese number again…in fact, the opposite – cheese is off the menu altogether. As are all other animal based foods.

(And it seems that I may have just made that public ‘v’ sign…!? Different meaning though…)

In the 1970s, the Vegan Society produced an ‘educational’ video about veganism. It is brilliant. BBC accents and Aran jumpers left, right and centre, but their propagandist bit towards the end shows a baby calf being led, quite gently in fact, away from its mother, in a perfectly James Herriot farmyard.

I mean, don’t get me wrong, it’s heart-wrenching. Truly. Albeit still very BBC…

40 years on, the tactics are very different and utterly blatant. Sickening sights, graphic footage and abominable images are presented to us on social media, without a second thought.

(There’s also been a lot of bad press surrounding some not-to-be-condoned alleged strategies. And yet there’s some brilliant coverage of really superb initiatives – I quite like ‘Earthling Ed’s work…)

So, what has happened? Are we so much more hardened to shock tactics that we’re able to view and bare such sights nowadays? (Barely, from what I’ve manged to half-watch.)

Are the propagandists’ veils of mass media being sufficiently lifted to allow truths to be aired? Well, yes, hopefully)

Or have the conditions to which animals are subjected, really worsened?

What I feel may have happened over time is this: I suspect that we have just become increasingly numb. Or blinkered. Or some of each. And only the shocking receives our attention. (Please note that I do not necessarily buy in to the shocking images; for me a gorgeous picture of a cow will suffice…!)

Impervious to the cold hard reality

We have become impervious to the reality of how it’s possible to line the shelves at the supermarket day in and day out with dead chickens and cows and sheep and pigs. All over the country; all over the world (except where they’re starving; no shelves full of meat there. Or veg. Maybe it’s all being fed to the animals in the ‘rich countries’…?). Because it’s the norm. We expect it to be there.

And insidiously, over time, we have become accustomed to this, and these have become societal expectations. This is certainly why the conditions have become as ‘economic’ as possible.

We have put up our own veil. Collectively, we’ve opted to ignore the cold, dead slabs of meat in the fridge.

And, they suggest, the only way that it will be possible to feed that number of people will be to lead a plant-based existence. (Let’s face it though, there are pockets of the world who are not even accessing fresh, nutritious food now – there is still plenty of work to be done, is there not?)

Raising animals to feed humans is inefficient not only by means of energy in to energy out, but also in terms of areas of land for animal agriculture.

And I saw this on another BBC documentary. So it must be true.

As much of a challenge as this is to broach, I believe it is because we have not been quite willing to look beyond the comfort of our burger and chips, or chicken curry to ask the hard questions about a) how sustainable is this way of consumption, and b) what are we eating? (The answer to which is, of course, another animal.)

In what conditions are they living their life and what happens to all those dead animals left on the shelf and past their sell-by date…?

Let alone how ‘good’ for us is it?

Me too. That was me too for a while, perfectly in semi-blinkered denial until I could ignore it no longer.

And I decided to – resolved to, in fact – seek out how to make the ‘slightly-less-convenient’ ways of cooking and living and eating, more easy until they started to become my new norm. Our new family norm, in fact. Because I do most of the cooking (although definitely delegate out the cleaning and the ironing! Perhaps it was Mum’s choice, but it’s not mine!)

And what with a million vegan / ‘plant-based’ recipes at your fingertips online, it’s ludicrously easy to cook at home wholly this way.

When the payoff means more than the effort

This is not a preach. Please oh please don’t read it this way. Remember I’m not really an activist (generally speaking I always wear some sort of a bra)!

I’m also not ‘oh-so-holier-that-thou’ perfect; my favourite ever belt is made of leather, I’ve had it a very long time and I plan to continue wearing it…plus I’m partial to a spot of Aran. Maybe these things will change too, over time.

Neither is it a judgement.

I suppose I’m just prepared to do my bit in my world. (And, arguably, to start voicing an opinion…perhaps there’s a sneaky, quiet activist in me after all?!?)

Veganism is on the rise, so they are saying. This time, I don’t think it has anything to do with me and my trendy ways.

More and more, we are prepared to take off the veil. For various reasons the veil that we’ve been wearing is starting to wear a little thin; we are preparing ourselves to see some stark realities. And consequently take action and to make a change in our own lives about that which we can no longer stomach.

And it’s happening in lots of arenas, not just food consumption.

Sometime after I made the commitment to leave animals off my plate altogether, I came across this quote from Ghandi, and maybe this will shed a further spot light on why the threadbare veil seems the case:

“I do feel that spiritual progress does demand at some stage that we should cease to kill our fellow animals for the satisfaction of our bodily needs.”

We are becoming willing to really see. Brave enough to look beyond our comfortable lives, and with our new awareness, we are being courageous enough to not sweep such issues back under the carpet. In this case, each individual action is having a knock-on effect to the collective consciousness; and this is our spiritual progress.

*Roxette, ooh, about 1990. A terrible decade, in my opinion; although some great things came out of it. You can keep your nut roast though.